Much like many other common diseases, peripheral artery disease (PAD) shows no favorites among patients and can affect anyone and everyone. In fact, statistics from the American Heart Association (AHA) estimate that PAD affects over 8.5 million Americans and over 200 million people nationwide (not including a suspected large number of undiagnosed cases).

As one of the most common vascular diseases, PAD (also known as peripheral vascular disease or PVD) results from a progressive thickening of an artery’s lining caused by a 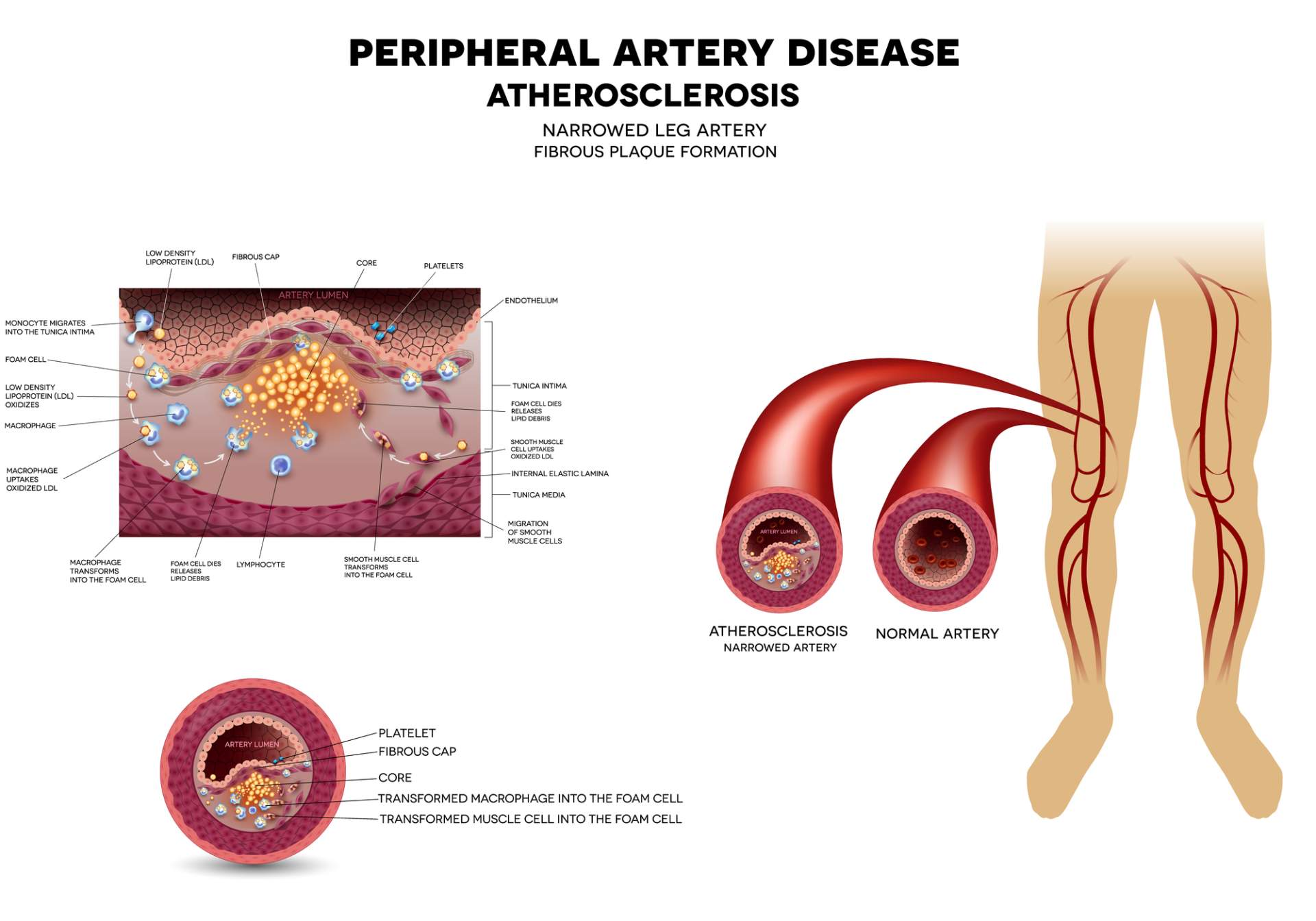 buildup of plaque, which narrows or blocks blood flow, reducing circulation of the blood to a specific organ or region of the body. This process, atherosclerotic occlusive vascular disease or atherosclerosis, is often called “hardening of the arteries.”

Often, people with PAD may not experience symptoms until the disease is advanced. Almost all symptoms are due to the leg muscles not having enough blood. Typically, people with PAD experience a painful cramping in the hips, thighs or calves with walking, climbing stairs or exercising that is relieved with rest and elevation of the legs.

While the symptoms of PAD can be temporarily alleviated with medication and rest, the cost in terms of disability and medical treatments is enormous. For example, healthcare costs related to PAD are estimated at more than $21 billion annually in the U.S. alone. The costs continue to grow because so many vascular diseases are chronic with frequent complications. Because the vascular system is so complex, diseases can appear anywhere in the body in different forms and often occur along with other diseases such as diabetes or heart disease.

When it comes to recognizing the symptoms of peripheral artery disease, many people only experience symptoms when their PAD reaches an advanced state. At this point, warning signs of PAD could include any of the following:

In addition to knowing the symptoms of peripheral artery disease, there are many risk factors that can cause or advance the development of PAD. The most important to remember are:

Along with paying close attention to the signs, symptoms and risk factors of PAD, there are two other areas that also need to be included in one’s potential for developing this vascular disease – age considerations and genetics. Both men and women should strive to remain active after age 60 to stave off the possibility of developing PAD post-menopause, and genetics need to be included as a factor that can also be a cause of poor blood circulation in the legs, a condition which affects about 10 million people in the U.S, many who only become aware of the reason when the condition becomes advanced.

Ultimately, the best way to try to prevent developing PAD is to maintain a healthy, active lifestyle. This includes quitting smoking if you smoke, as well as working to control your blood pressure, cholesterol, and glucose levels. Exercising regularly is also important along with a low-fat, low-cholesterol diet and eating more fruits and vegetables. By making these changes, you can save the health of your legs and life overall.

There are no comments yet. Be the first to add a comment by using the form below.