Carotid artery disease – The dangerous build up and deadly let down

According to the Mayo Clinic, carotid artery disease (CAD) is defined by the narrowing or blockage of the carotid artery due to the build-up of plaque, which is a deposit of cholesterol, calcium, and other cells in the artery wall. 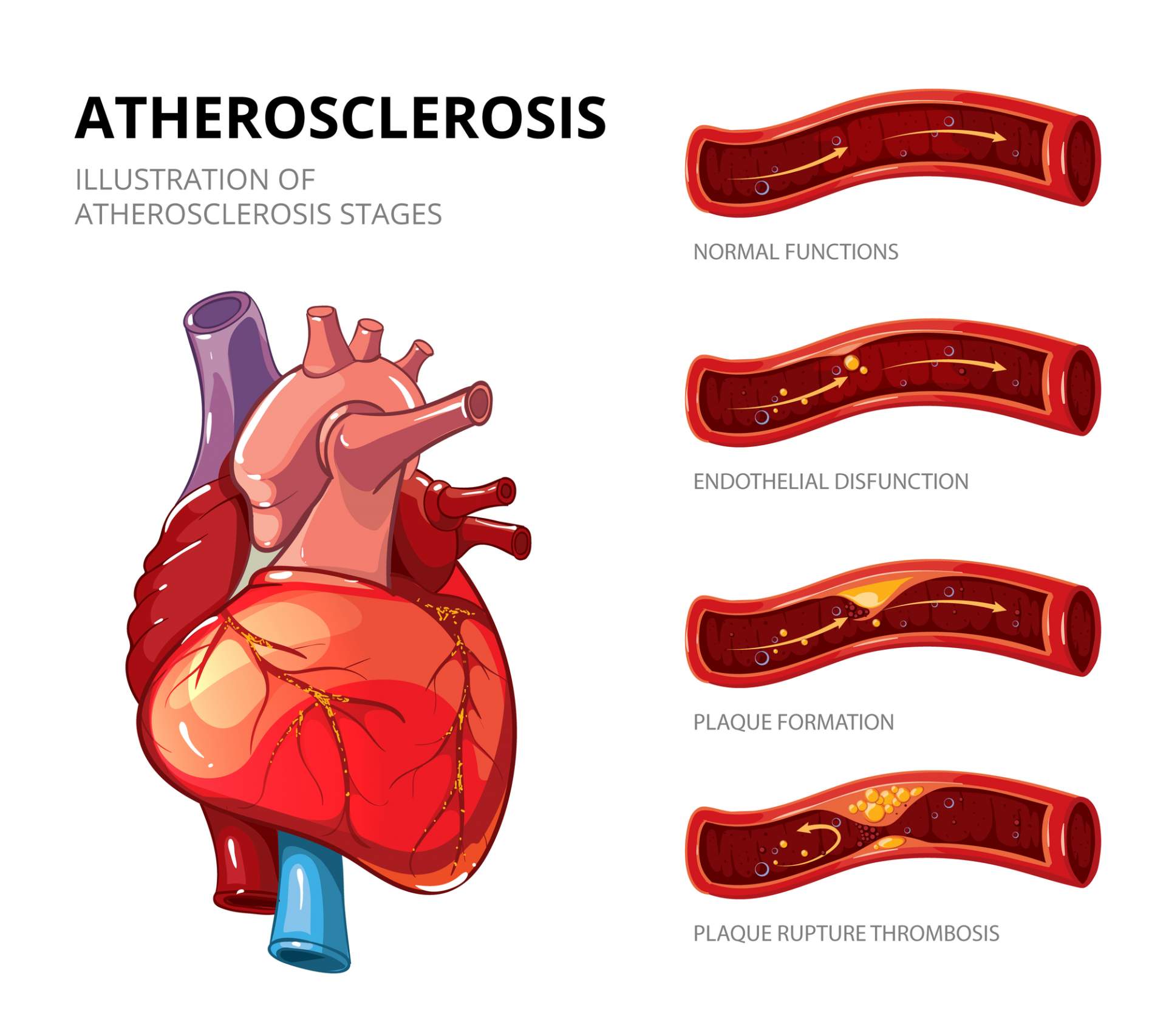 The carotid arteries are the blood vessels that carry oxygen-rich blood from the heart to the head and brain. Located on each side of the neck, the carotid arteries are essential as they supply blood to the large front part of the brain. Another smaller set of arteries, the vertebral arteries, is located along the back of the neck adjacent to the spine, and supply blood to the back of the brain.

In carotid artery disease, the process that blocks these arteries, called atherosclerosis, is basically the same as that which causes coronary artery disease and peripheral artery disease (PAD). The build-up of plaque is caused by high blood pressure, diabetes, tobacco use, high blood cholesterol and other risk factors. Over time, this narrowing may eventually become so severe that a blockage decreases blood flow to the brain and may cause a stroke. A stroke can also occur if a piece of plaque or a blood clot breaks off from the wall and travels to smaller arteries of the brain.

Stroke may also be caused by heart valve problems, heart failure or atrial fibrillation, or if bleeding occurs in brain tissue. Nevertheless, carotid artery disease is one of the most common causes of stroke. In fact, according to the National Stroke Council, more than half of the strokes in the United States occur because of carotid artery disease.

Similar to other types of artery diseases, there are no advance warnings of CAD. For many patients, the first sign of CAD is a mini-stroke, in which symptoms may include:

The risk factors for carotid artery disease are the same as they are for PAD, as well as for coronary heart disease, and have the potential to create an outcome that is just as deadly. The main risk factors include:

Because there are no outwardly visible signs of CAD, the diagnosis of carotid artery disease is usually based on an ultrasound exam of the neck arteries. If need be, this can be confirmed by performing a CT angiogram or standard angiogram to examine the carotid arteries.

Once CAD has been diagnosed in a patient, treatment initially consists of controlling the risk factors that are responsible for causing artery blockages. Physicians agree that anyone with any degree of narrowing of a carotid artery, or with any history of stroke, should quit using all tobacco products, control their blood pressure and diabetes, normalize their blood cholesterol and exercise regularly.

People with severe blockages of the carotid artery (greater than 70 percent blockage) and those who have suffered a TIA or stroke, may be recommended for a carotid endarterectomy. During this procedure, the plaque from inside the artery wall is surgically removed and the blood flow is restored to normal. Carotid endarterectomy is successful because the plaque is usually limited to a very small area in the mid-portion of the artery in the neck. This allows the procedure to be performed through a small incision in the neck. Most patients go home the morning after surgery, and quickly resume normal activities without restrictions.

Anyone who has risk factors for CAD should consult with a healthcare professional and make these risk factors known in medical records. For anyone experiencing symptoms of carotid artery disease, never hesitate in seeking help, as every minute is critical and can be the deciding factor between life and death.